Edmund
April 4 in The Zettelkasten Method 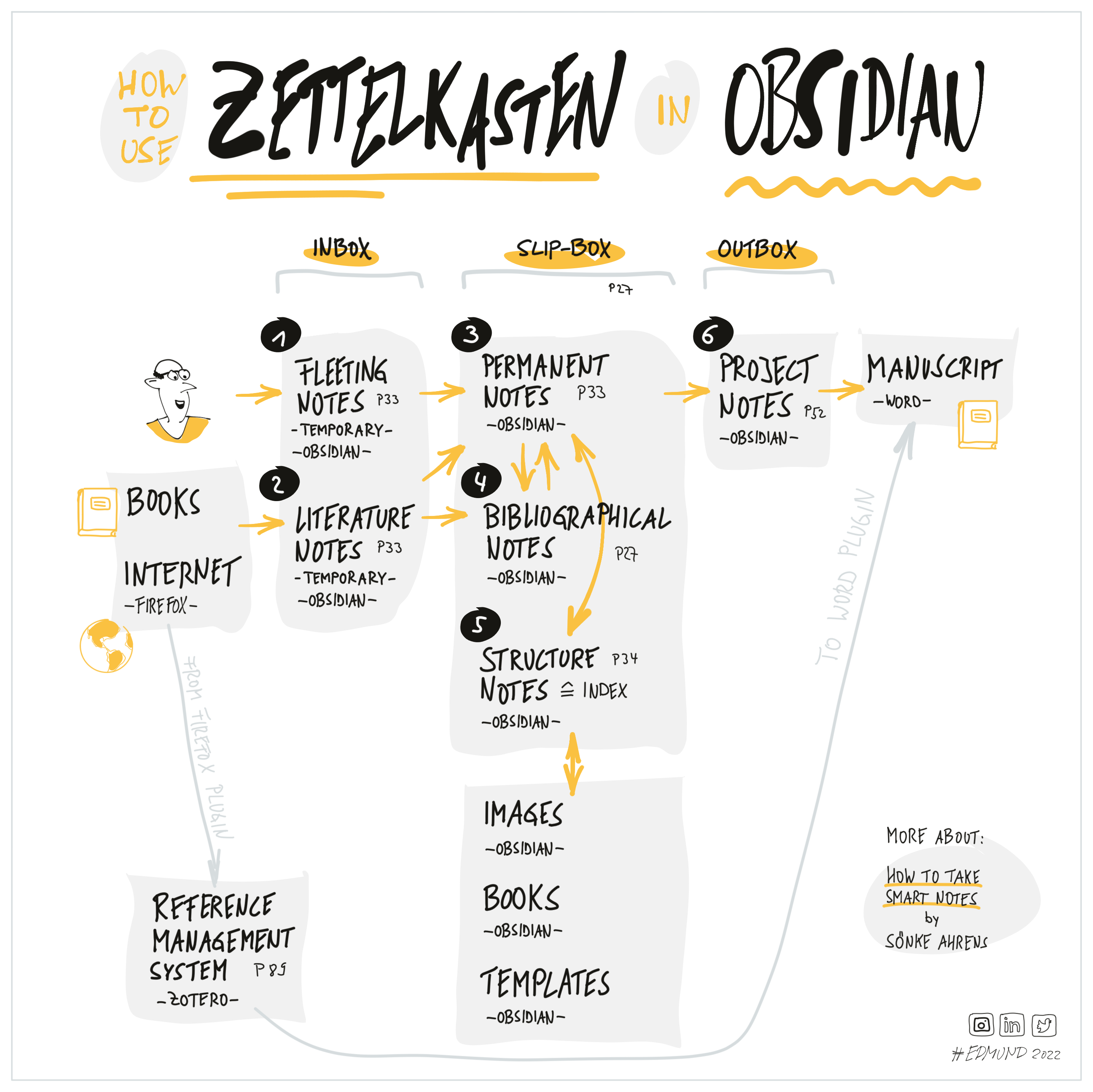 I’ve just finished reading the amazing book from Sönke Ahrens about “How to take Smart Notes”(1). As a visual thinker and sketchnoter my first idea was to use this method to combine visual thinking with networked thinking. Taking smart notes is great, but taking smart sketchnotes would be even greater.

To summarize the content of a book like this within one sketchnote is not that easy. So I started to summarize one main aspect witch is important for a reader of Ahrens’ book to work with the Zettelkasten method. It’s the major workflow starting with filling the inbox till using the content of the growing slip-box to produce an output of higher value. I added the tools I’m using in this process and also the page numbers from the book as a reference for further reading and understanding the underlying method.

You are also working with Obsidian and Zettelkasten? Do you see any differences between your own and the workflow described by Sönke Ahrens?

—-
(1) Ahrens, Sönke. How to Take Smart Notes: One Simple Technique to Boost Writing, Learning and Thinking, 2022.