Is there an inverse for the collector's fallacy?

Thank you for this forum. My first post here but have spent a lot of time reading the thoughtful posts by others.

I'd like to discuss the collector's fallacy, which I think is a good observation. Mindless hoarding simply creates dissonance when we need to engage with the material that we have collected.

On the other hand, can there be a case for the opposite - maybe call it The Salience Fallacy?

I've been maintaining something vaguely resembling a zettelkasten for several years. I've observed that I sometimes clip an interesting idea, that I know nothing about. I think I clip it because its novel (or perhaps I have an instinct that it is somehow related to my interests...) then I forget about it. Then something interesting happens. I start spotting the same idea in the wild, and eventually what started as a random, unknown piece of information, slowly integrates into my existing understanding of a subject.

Example: Covert Attention (psych) clipped in 2016 - which I knew nothing about, connects to a note on Attention Schema Theory, which I wrote a few days ago. I think this is more than coincidence because I see this happening often.

Does finding something I don't understand, kick off a pattern-spotting routine until I eventually collect enough pieces to grokk the subject?

The second level of filtration is the act of clipping it. Intentional activity on my part, when I could have just ignored it.

Perhaps this very act primes me to recognize similar/related information when I see it out in the world, and eventually, there is a bottom-up process of the idea being fleshed out over time.

So even in 'blind' collection and hoarding, there seems to be some implicit filtration.

So the question is:

By invoking the collector's fallacy as a heuristic when collecting information, will we block out the potential for such randomness to take place? Is salience a gradient rather than binary - important/unimportant.

BTW, I understand that the point of a zettelkasten is to have a place where ideas are summed up in your own words, ideally atomised. In my case, I use a wiki like notebook (zim-wiki) and I have two folders - one called ARCHIVE which holds web-clippings, slightly annotated. The other called Zet which holds only notes written, summarised by me. I heavily link to ARCHIVE though because of the number of ideas in there.

The observation of salience is related to my ARCHIVE (web-clippings) folder. My Zet folder is very small because I really have to think through what I'm putting in there and write it out, while my ARCHIVE holds several times more information.

Also, there is a good chance I haven't thought this through yet and am hoping to use you as my external brain

Anyway, what do you think? 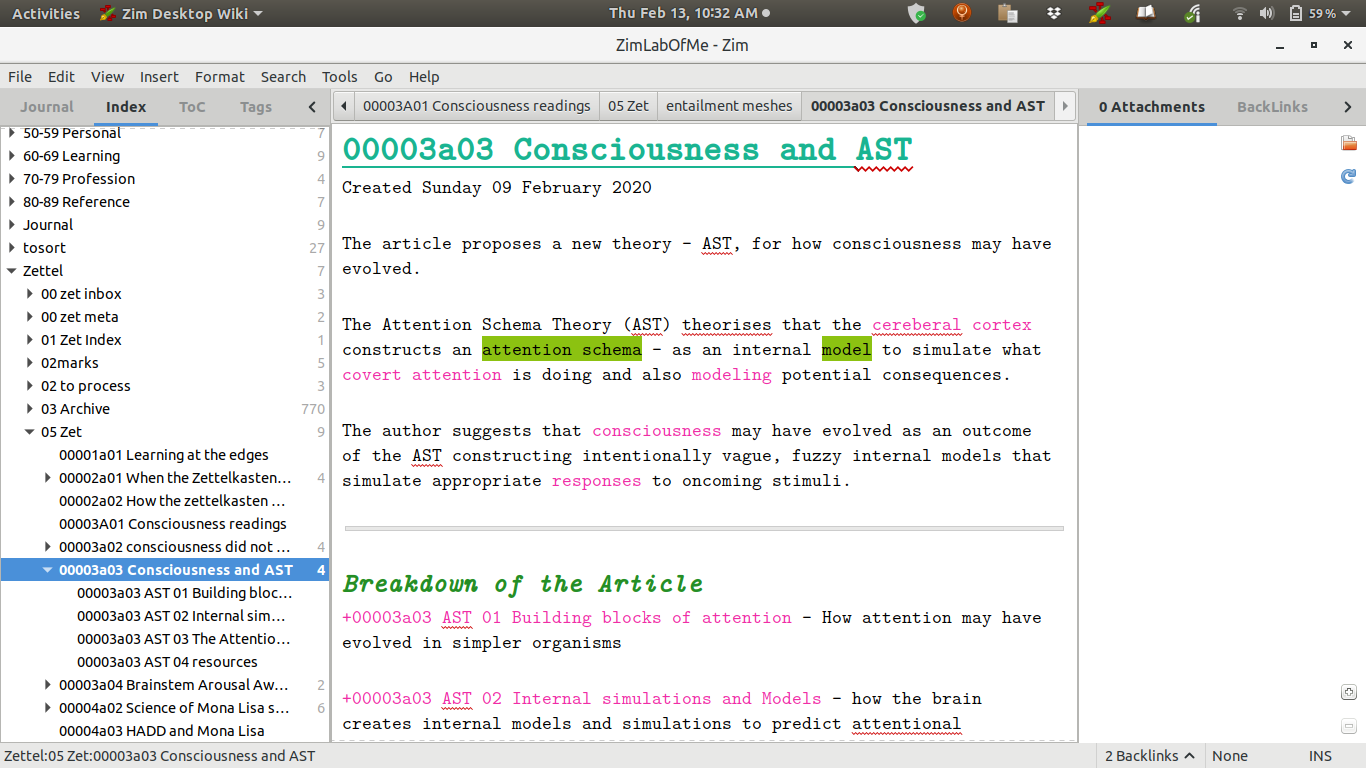