thomasteepe
May 2020 in The Zettelkasten Method

In his blog post "Understanding Hierarchy by Translating Folgezettel and Structure Zettel", Sascha asked the following
"Question for the community
1. If you use the Folgezettel technique, what are your actual goals?
2. How do you measure your progress towards those goals?"

In my use of elements from zettelkasten practice, folgezettels mainly emerge from a parent through questions or goals or seminal ideas that look promising.
The following screenshot (from the mind mapping software I use) may help to show the basic idea. 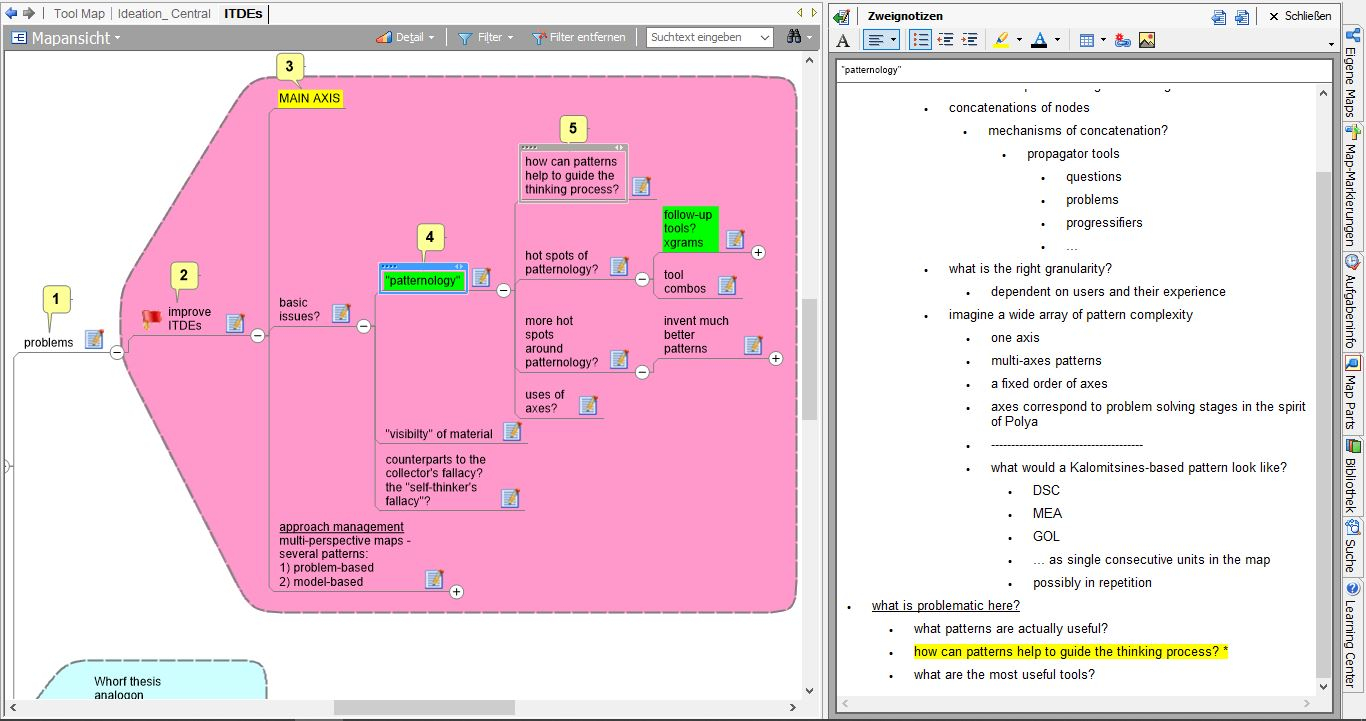 With reference to the numbers in yellow:

Obviously, the ideas generated by this progress need consolidation and reorganizing - the node hierarchy shown above is not a good starting point to resume your thinking months or years later. - It seems a good idea to write a crisp summary.
I do not suggest that an entire zettelkasten could work on the principles illustrated above. But I find it helpful for thinking about problems.

(Remark: I did not directly comment on Sascha's blog post because I was not sure how to embed the screenshot.)