Question: Why put the zettel-ID (YYYYMMDDHHMM) in the heading and not as end matter?

joachiedere
May 2019 in The Archive

Both @sfast and @ctietze seem to put the zettel-ID (YYYYMMDDHHMM) in the heading of their zettels, as described here:

@ctietze said:
Ok, so now I'm officially down to this Typinator snippet:

@Will though, while including the ID in the title of the zettel, does not include the zettel-ID in the heading, but instead puts it as part of the meta data end matter of his notes as illustrated below:

@Will said:
Yes, we all are subject to the habit of top-down thinking if we are not careful. Likely partly evolutionary, partly cultural, partly mystery. Today is 'Deep Work' for me and I'm now on a break. I'm processing for my Zettelkasten an article from the Journal of Sonic Studies about John Cage's 'Lecture on Nothing'.
Here is a screenshot of the first note. One of a type. Hope this helps. 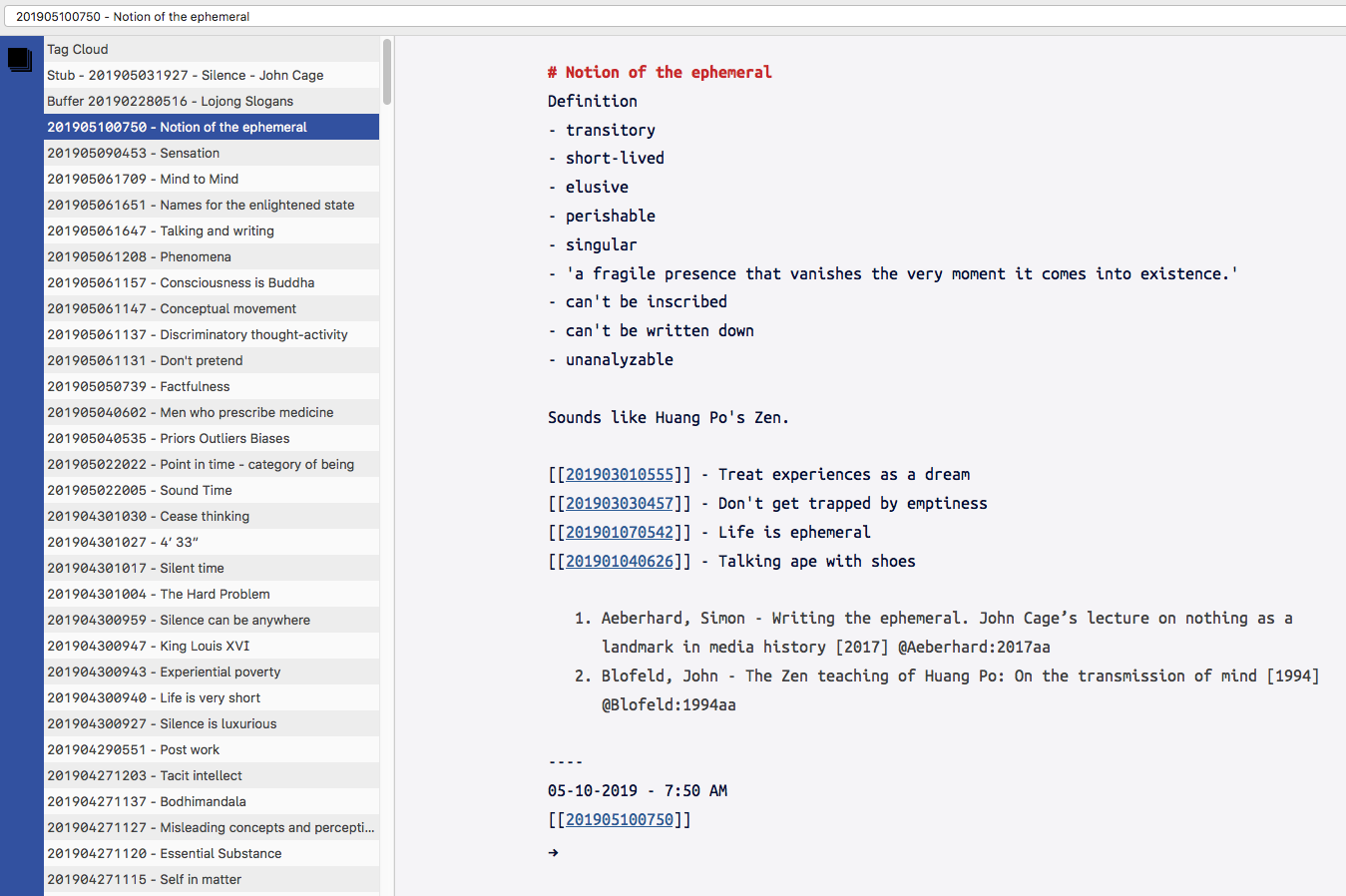 To me the heading format @Will is using seems less distracting since the attention is just on the subject and content of the note, not on the zettel-ID or the tags, but are there downsides to this approach? Straight to the point my question is about the purpose of including the zettel-ID in the heading of the note, when the note is as searchable even if you include it as end matter?