Will
July 2021 in The Zettelkasten Method 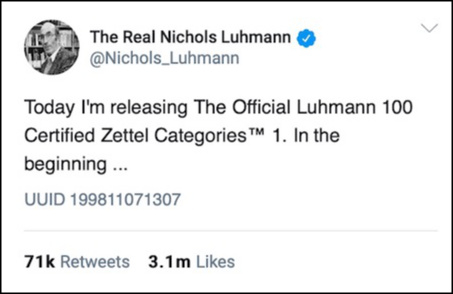 Look what I found! Late last night, in a fit of Twitter scrolling caused by too much caffeine, I stumbled across a tweet by none other than our Nichols Luhmann. At first, I questioned its authenticity, but I ended up feeling like Moses.

Will Simpson
“Read Poetry, Listen to Good Music, and Get Exercise”
kestrelcreek.com