Exposing the zettelkasten to the quantitative eye

Will
September 16 in The Archive

As an interesting and fun learning project, I've written my first python script. And I love to share it with you. I've exposed The Archive to explorations of the quantitative eye. You can look into mine and look into your own archive.

If you are a coder, I know you have many other things on your busy schedules, but I'm asking if you'd take a couple of minutes to look at my coding attempt and offer whatever help you want. Even just pointing me where or what to look for would be a great help.

The phyton script calls a shell script. I want to combine the shell script into the python script but learning about converting actions is slow. Install these together in a test directory and set the "user variables" in both scripts to what is appropriate for your system. Then all that needs to run from the cmd line is python3 graph1.py. This will NOT modify your archive in any way.

It plots graphs for your zettelkasten's word count, link count, and the number of zettel. It doesn't require Keyboard Maestro, Alfred, Hazel, or crontab/launchd. It does this all in one go. I think the value is you wouldn't look at these stats on a regular schedule. This script should run faster than it currently does. Do you have any tips for running this faster?

Please don't laugh too loudly at the code. At least not so loud as I can hear. I'm sensitive. I'm a beginner. But helpful, constructive criticism is welcome.

There are two scripts.
statshistory.sh 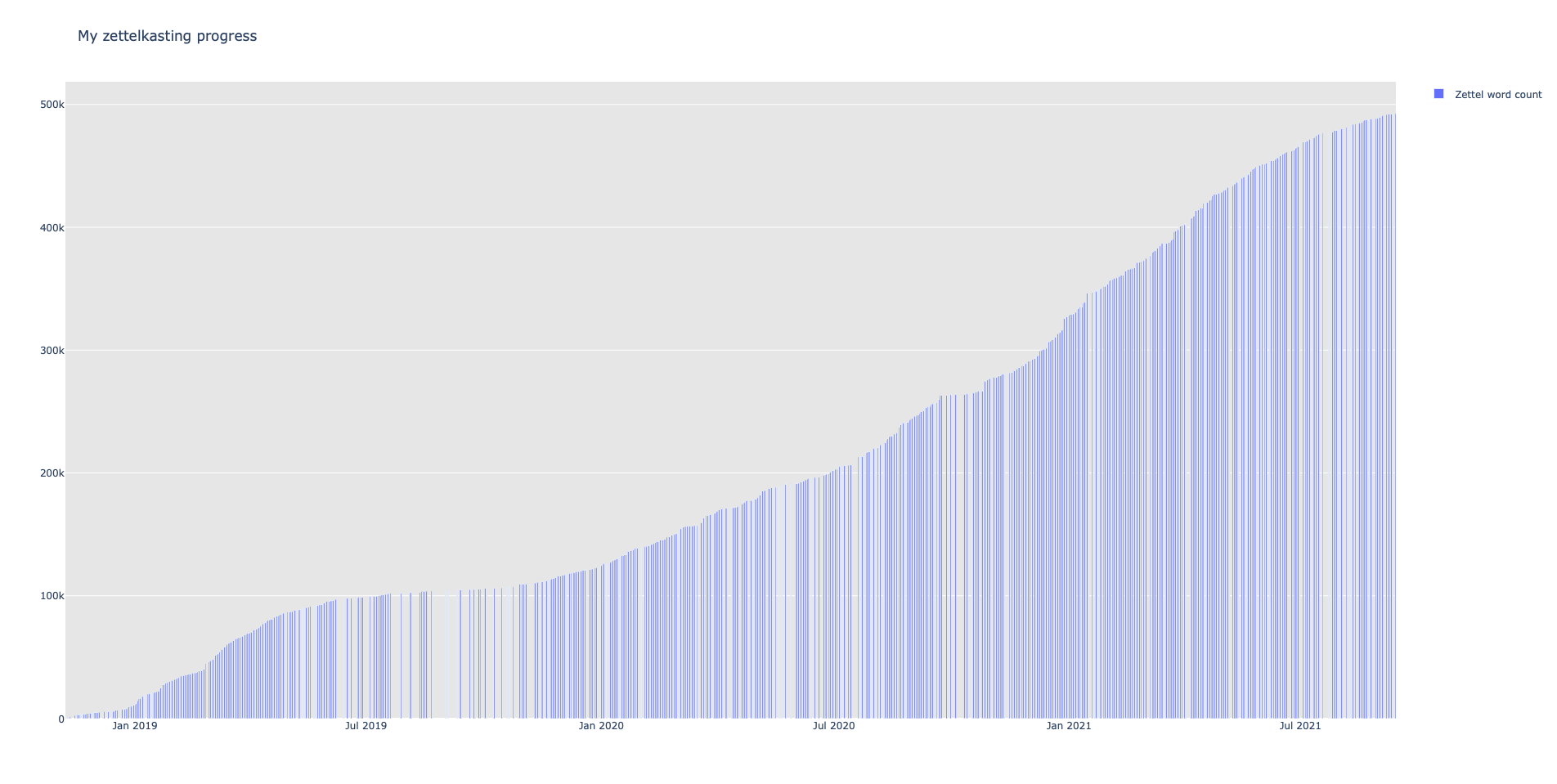 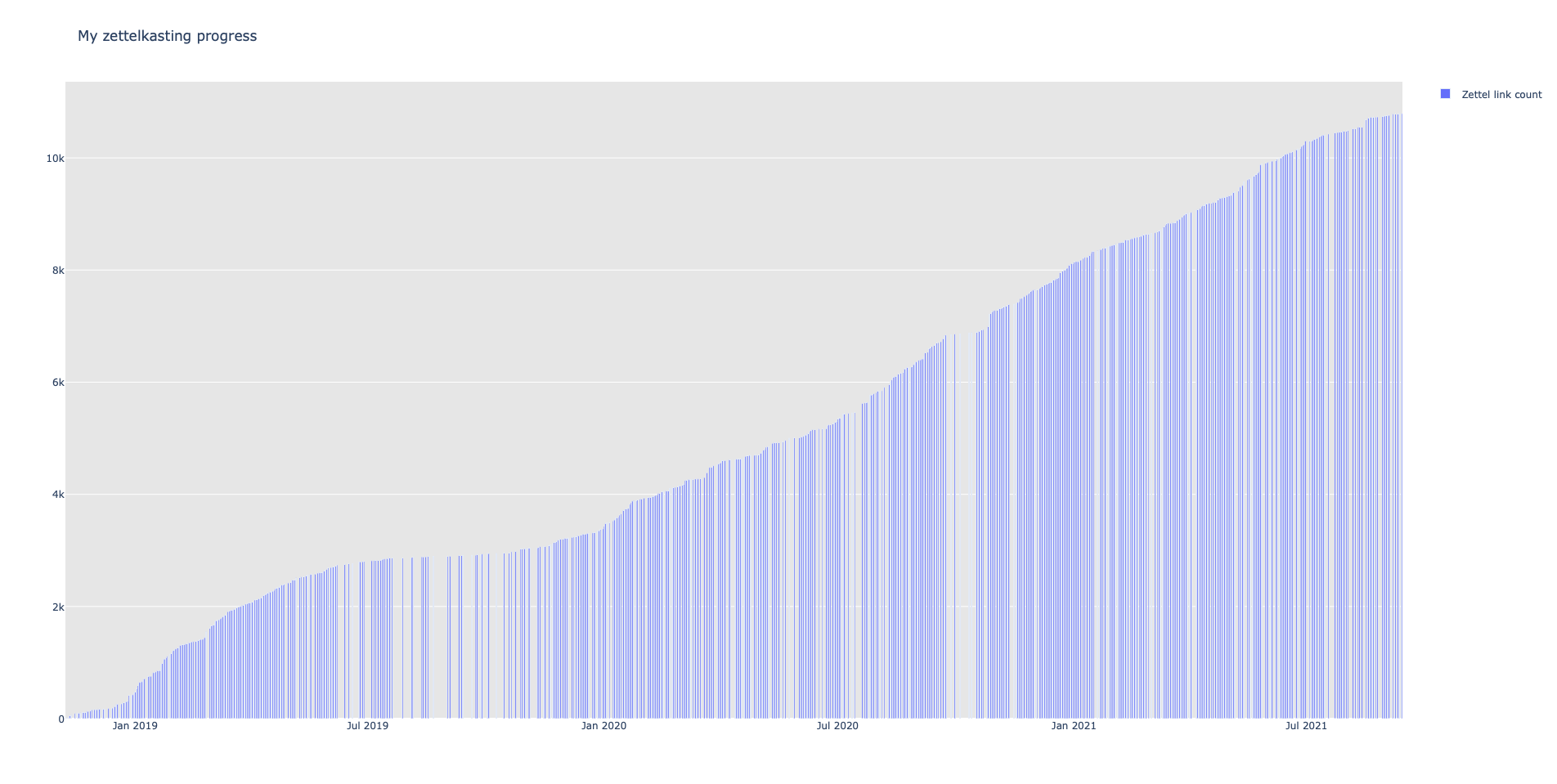 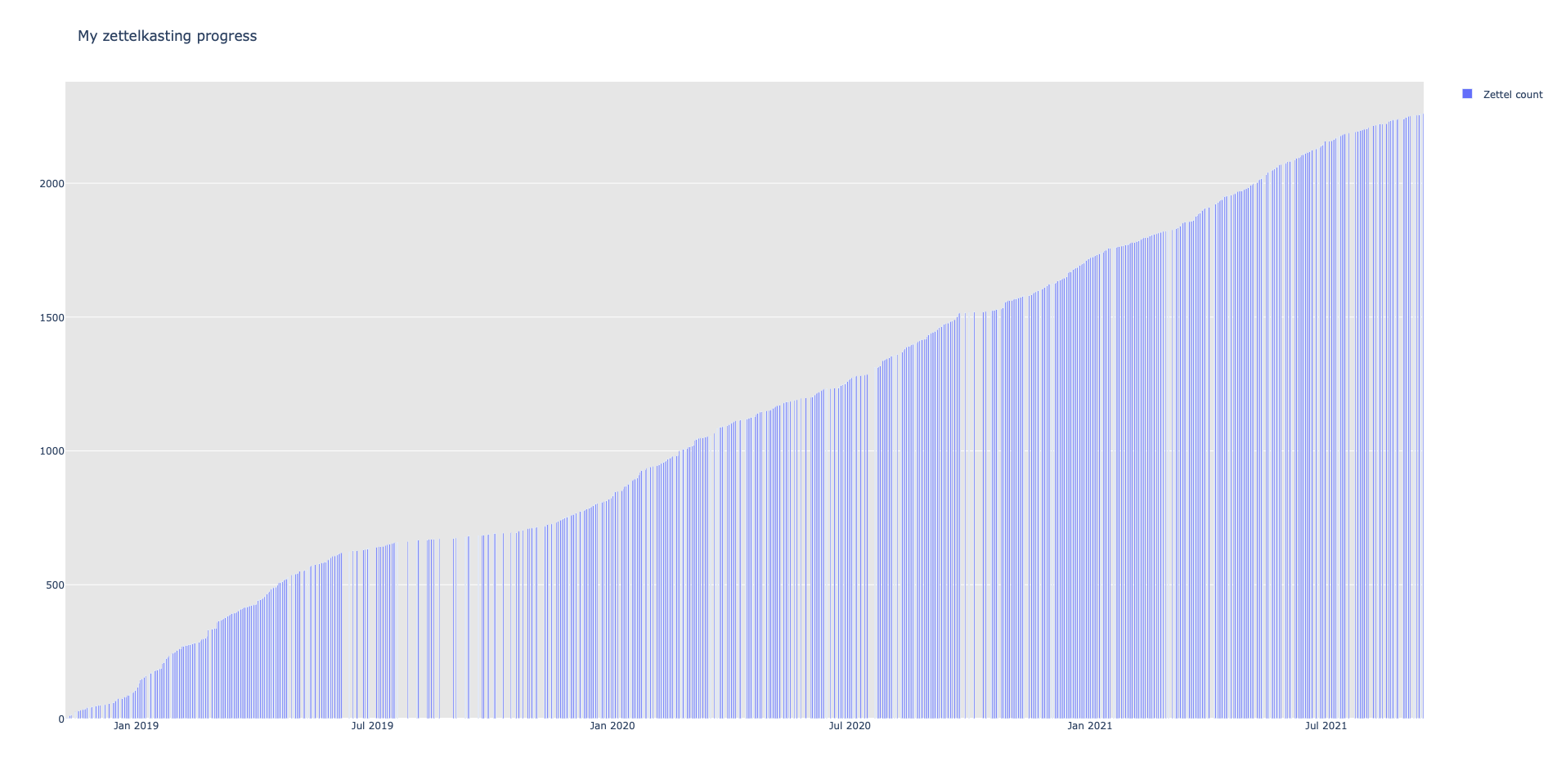